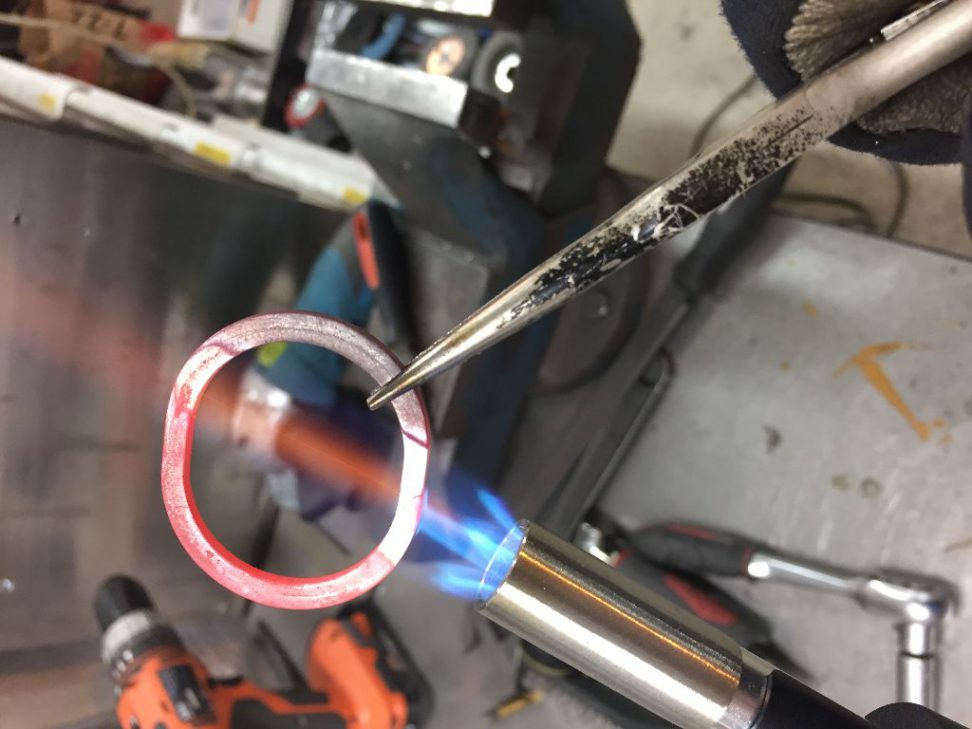 Oh come on, two updates in less than a month? you’re spoiling your viewers duuude!
Yeah yeah I know, but then again you never know when the next one will come…

So, 914 exhausts…not the greatest design ever made… 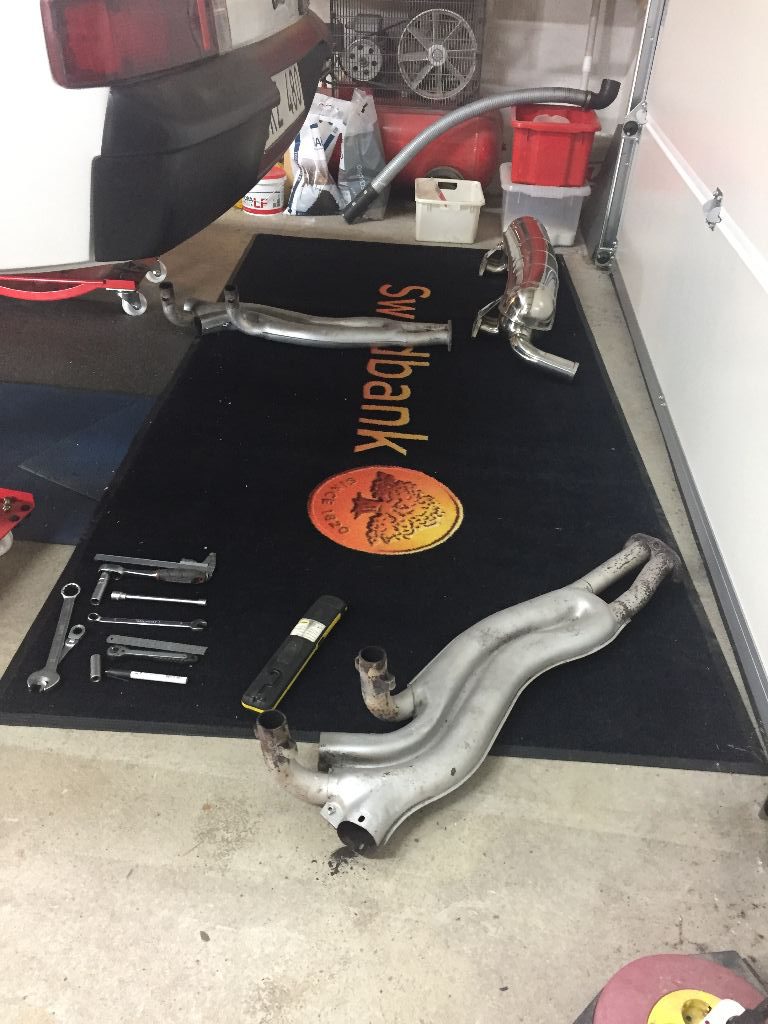 Since the 914 is aircooled, it has no coolant to generate heat for the cabin. Thats why it has heaterboxes. The heaterbox is basically an airchamber thats wrapped around the exhausts pipes and the engine fan blows fresh air thru the heaterboxes and that warmed up air is then used to heat the cabin. 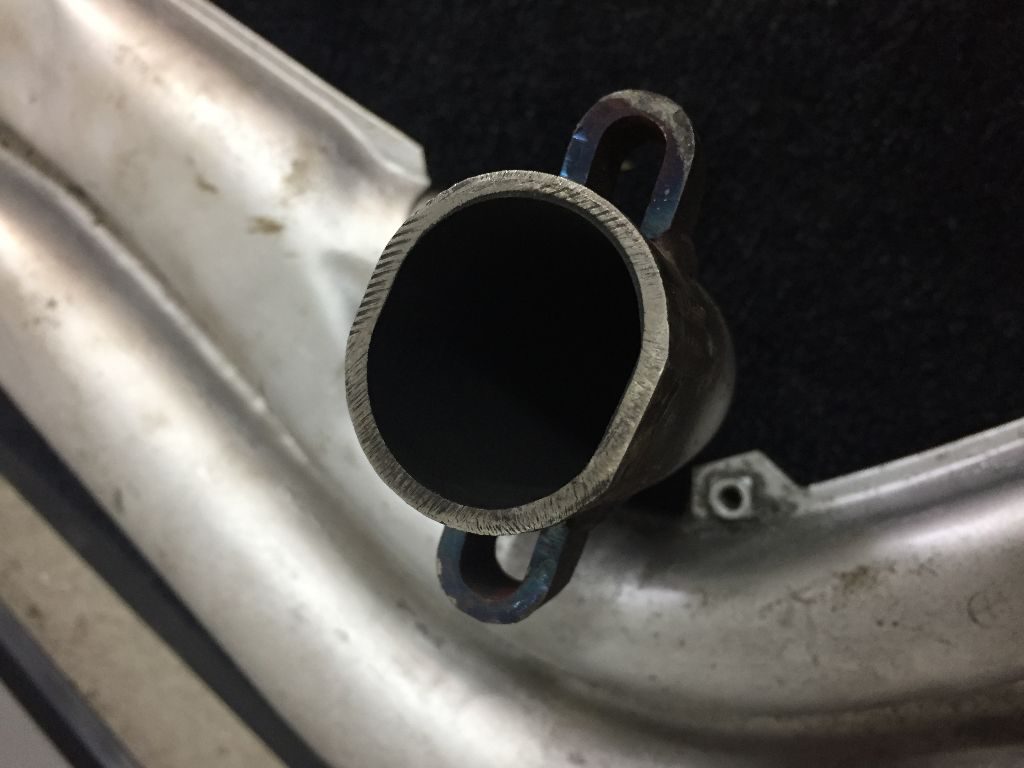 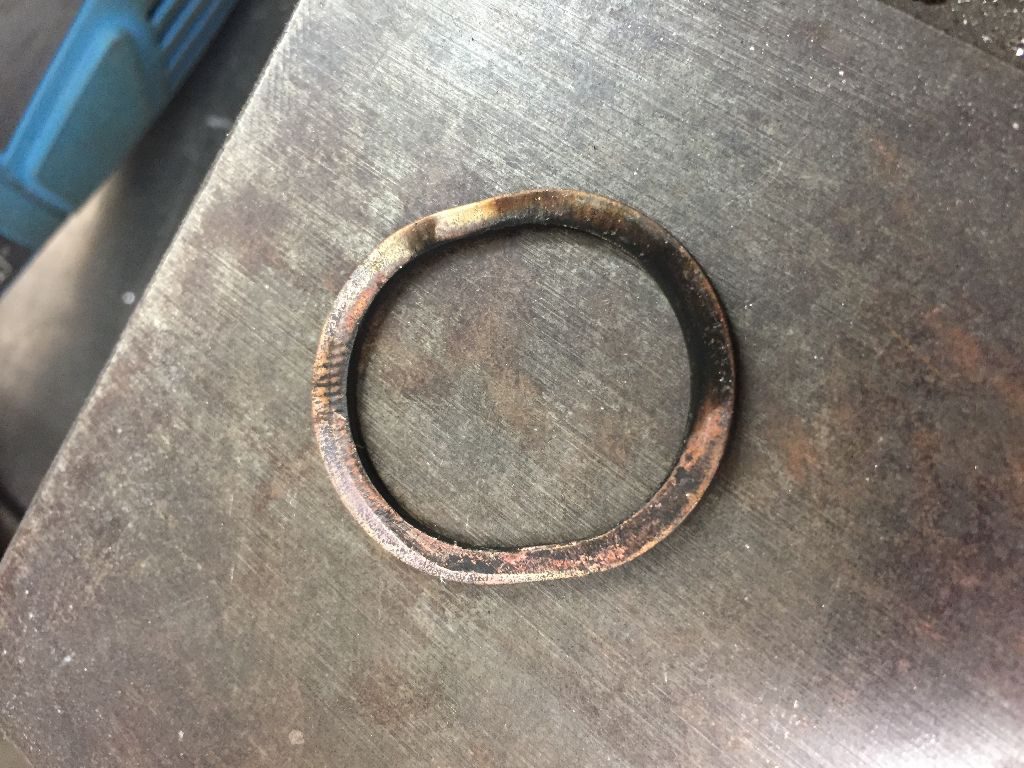 The heaterbox connects directly to the exhaust ports in the heads and getting that mating surface to seal well is a….bitch. You wont know if you have a good seal or not unless you take the heaterbox down again and check the copper seals for leakage. Cue above picture of a sooty copper seal thats seen plenty of leakage. 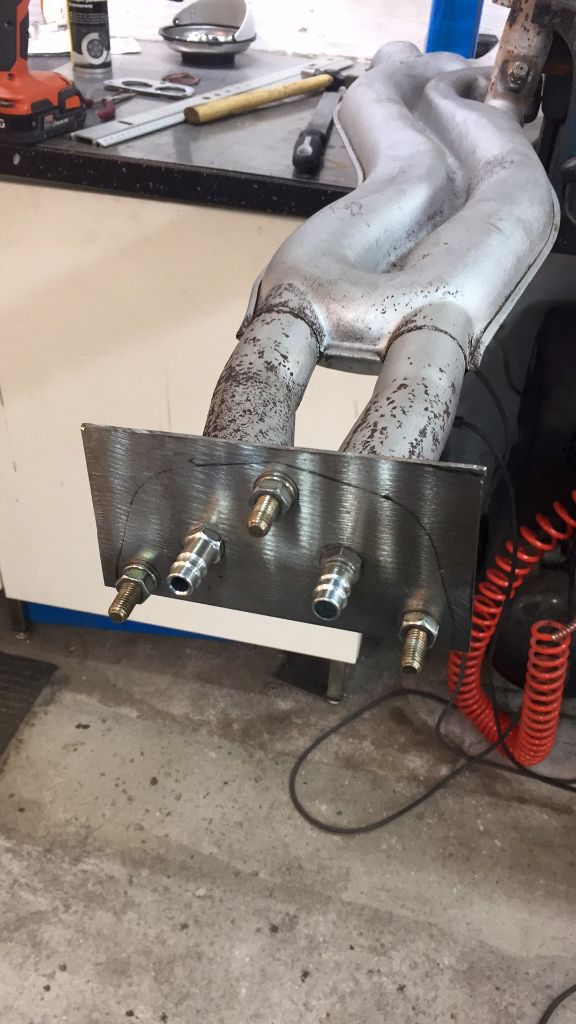 So we need a way to check for leakage without taking the heaterbox down to check the seals. With the engine running you will never hear the leak itself. I made this blockoff plate with two connectors for my air compressor hose. With the heaterbox mounted and the engine turned so the valves on the cylinders you are testing closed when you pressurize the heaterbox you can easily hear even the smallest leaks. 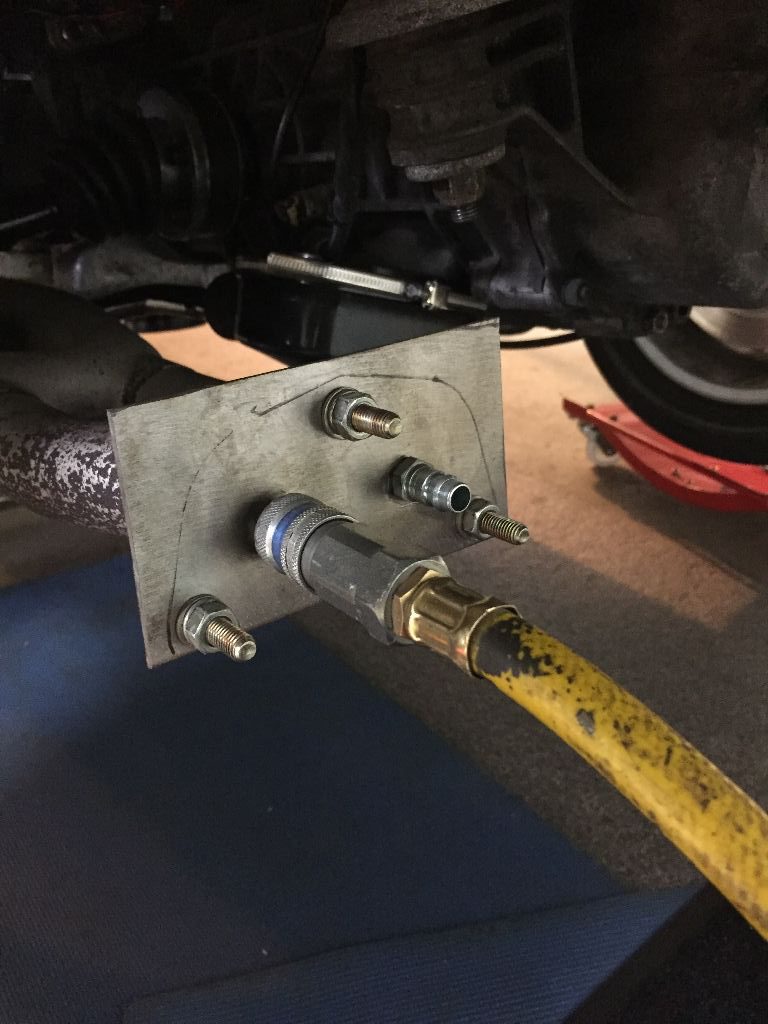 So I had a small leak mainly on cylinder 1. I bought brand new copper seals to replace the old reused ones I had. I annealed them using my blow torch to make sure the seals are as soft as possibly to help build a good seal. 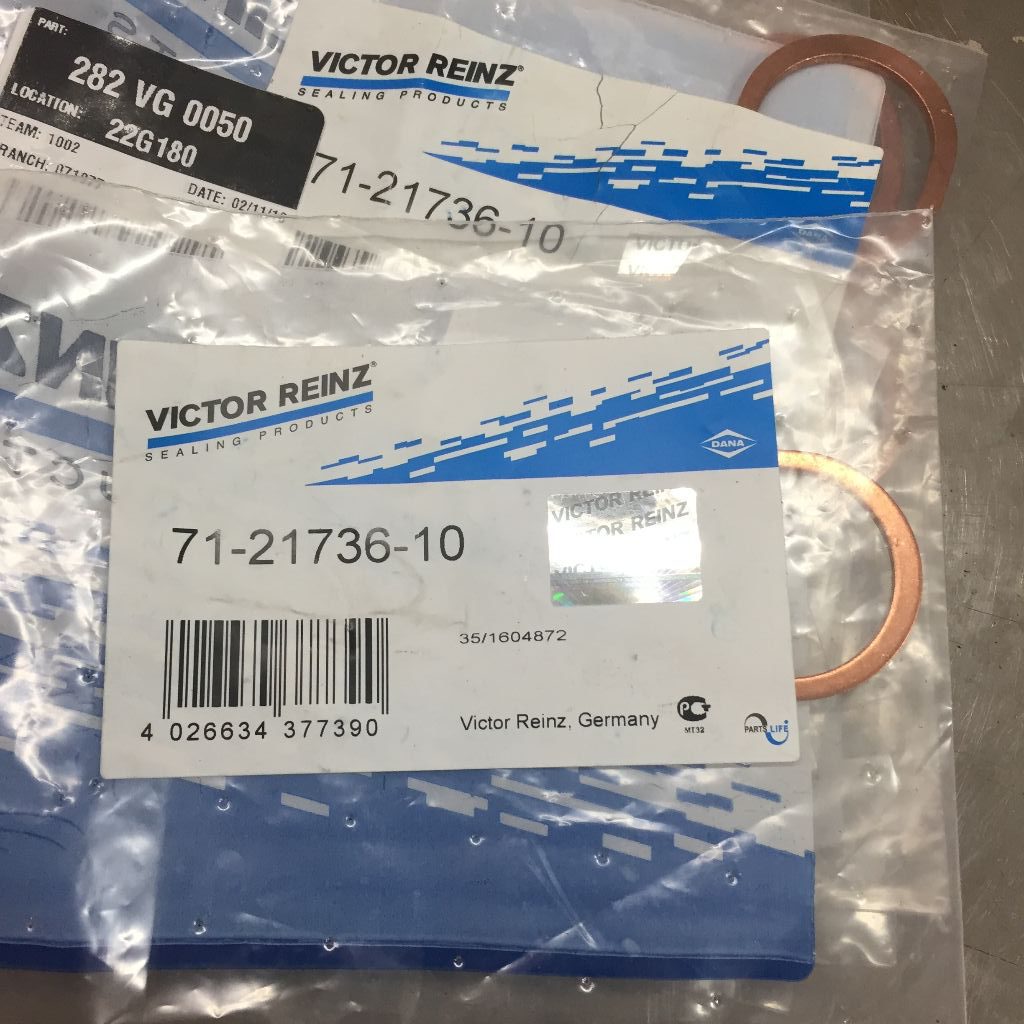 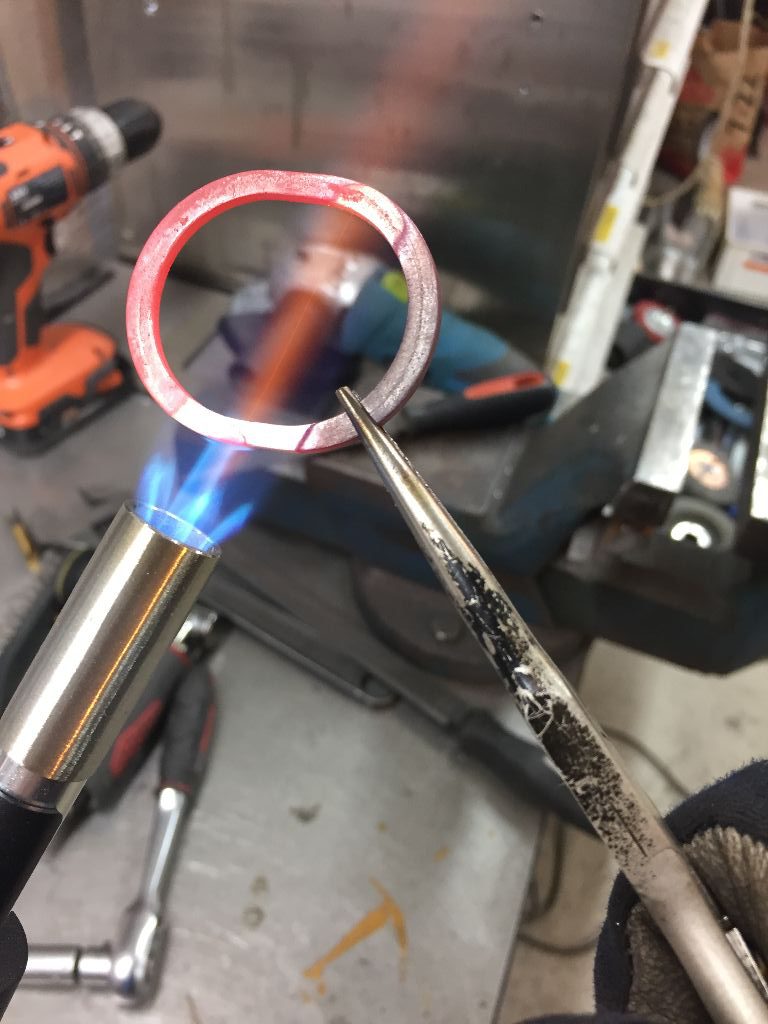 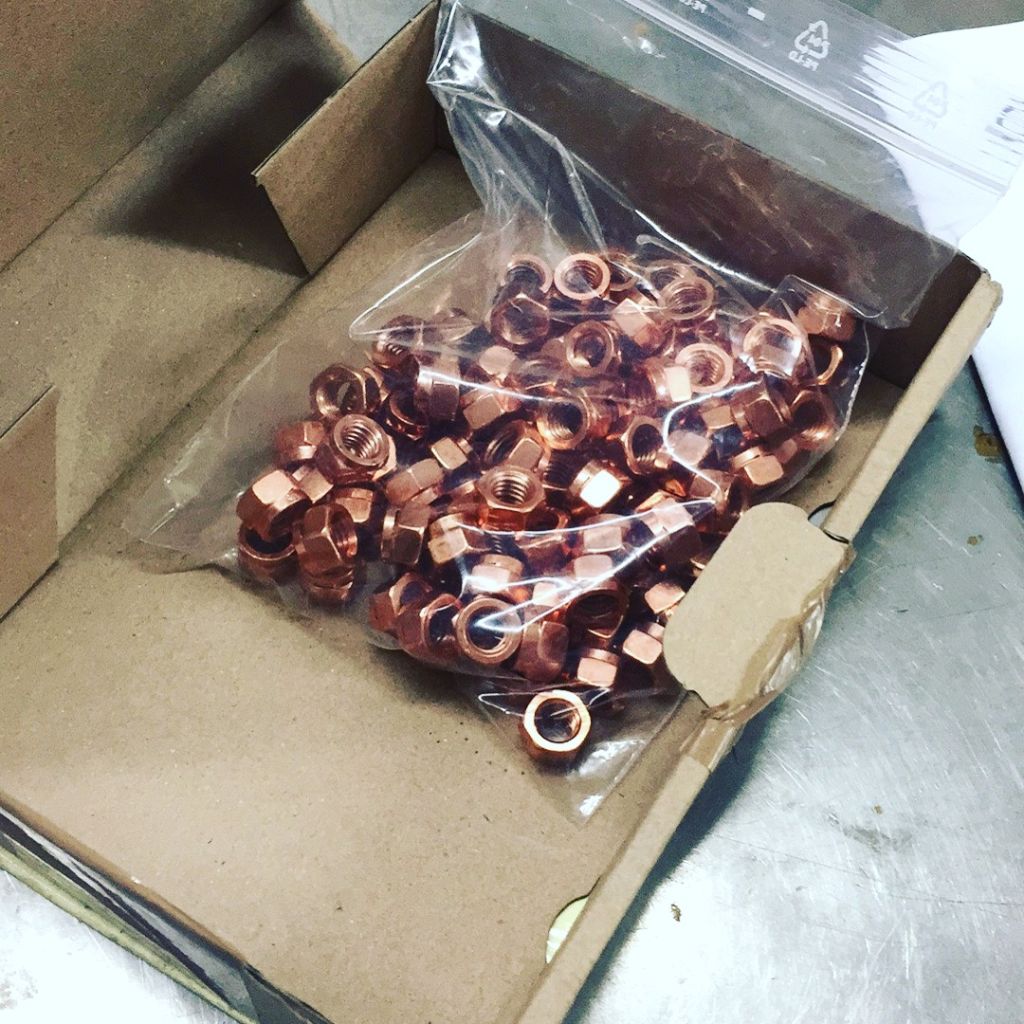 I also used all new 11 mm width M8 coppercoated nuts for the exhaust studs. It took about 5 mounting attempts with some very carefull filing and clearancing of the exhaust stubs to finally achieve a good seal.